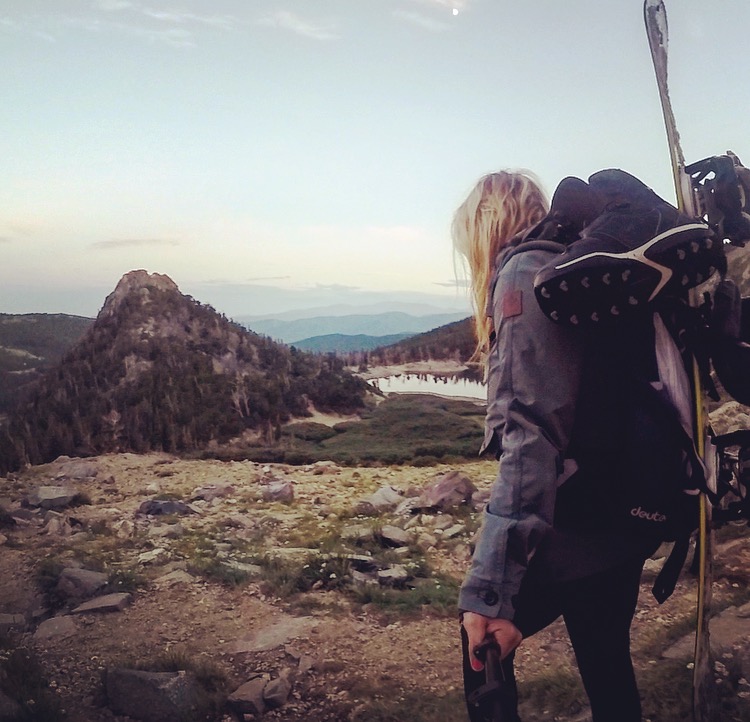 It’s finally snowing here on the Northern Hemisphere and it’s time to dust off that oldsnowboard, but if you’re anything like me, you haven’t actually put it away.
Every year I create a list of ten things I want to do. This list ranges from taking a
photography class to running a half marathon to learning how to do a 180 on a
snowboard. No matter what, everything on the list has to be doable in a year and in
some way challenge me physically and mentally or most likely both.

On my 2016/2017 list I had – Snowboard every month in a year. (Spoiler alert…I did it!) October 2016 through June 2017 was pretty easy with Arapahoe Basin in Colorado opening October 21 st and closing on June 11 th . July through September on the other hand, was definitely more of challenge. Unfortunately traveling to the Southern Hemisphere to chase an endless winter wasn’t in the budget so I had to find the snow in Colorado, which is a lot easier than you think – if you thought it was hard to begin with.

The most challenging part for me, finding people to go with, but I’m a huge proponent of solo adventures and embraced the challenge and “Megan” time.
I’m pretty lucky to live in Denver because of how close I am to the mountains. I didn’t have to go far to find a patch of snow that was ride-able in July, August and September thanks to St. Mary’s Glacier…snowfield.

This beautiful spot is only about an hour drive from Denver and right outside of Idaho Springs, Colorado and only 1.5-mile hike to the top of the glacier. The views are OUT OF THIS WORLD, especially during the sunset, which I highly recommend.
Now for the snow. The snow at the end of July was ok. The snow at the end of August
was sketchy and the snow at the end of September was soft but almost nonexistent –
the first snowfall had just happened a couple of days before I went. This was just my
experience and honestly, I didn’t care that the snow wasn’t soft. I didn’t care that it was a short run. I only cared that I was strapped in and on a mountain doing the one thing I love to do…snowboard.

Lucky for me, winter is right around the corner and Arapahoe Basin is now open – I hit my twelfth month on snow on October 13 th – Abay Opening Day! I’m pretty stoked and I’m definitely going to try and keep the streak going and hit up a few different spots next summer!

I’ll be forever dreaming of a true endless winter, but for now, a glacier snowfield tucked away in the Rocky Mountains can and will transport me to a winter wonderland during my summers here in Colorado. I’ll see you in July St. Mary’s. Xx

Love to write? Love to snowboard? Want to write for Mountain Vibez? Send us your blog post and pictures here! We’ll be featuring a new blog writer every month!