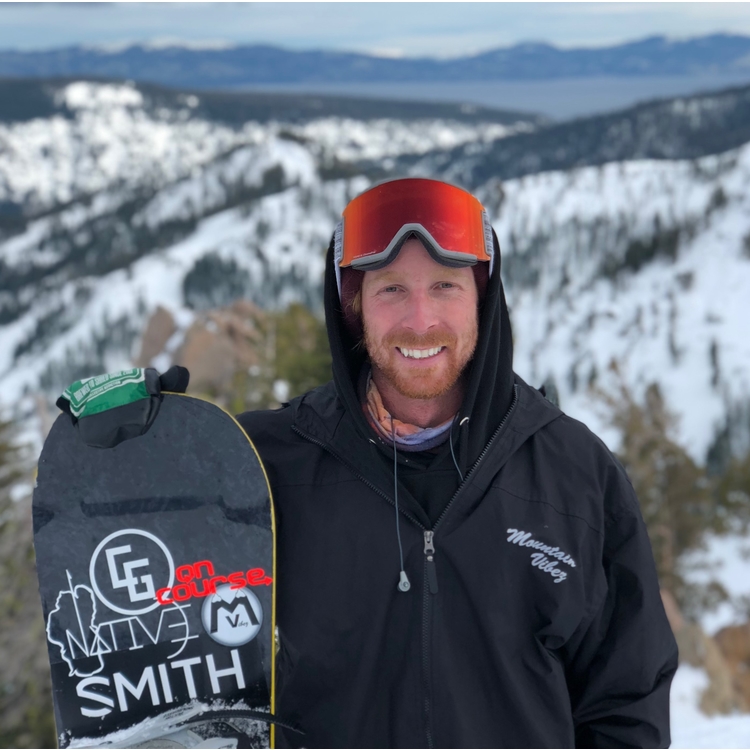 What is your nickname? If you have one?
Dusty, The Tangerine Dream, Dirty D

Where do you primarily ride?
Squaw Valley

What made you start snowboarding?
I had skated, surfed, and wake boarded growing up, basically any sport standing sideways on a board, so in high school I decided it was time to give snowboarding a try. My school would put on a couple trips to NH and VT each winter with one or two charter buses full of us so it seemed like the perfect opportunity to get out there. It was a pretty rad way to start… a bunch of us wild kids away from the parents for the weekend getting taped into our hotel rooms by chaperones haha must be why I like riding with big groups and good vibes!

What’s your favorite board to ride?
I’m a huge fan of Lobster Snowboards and currently ride their jib board every day for a soft, fun, flexy deck. If not on that I ride a Capita DOA for a little more hard charging.

Favorite riding story if you have one?
Oh man that would have to be my most recent story. I was able to ride during the Snowglobe Music Festival in South Lake Tahoe. They had built a scaffolding big air jump and rail jam set up on either side of the main stage with about 20 of us riding between sets including Big G, G Easy, Baauer, RL Grime, Shoreline Mafia, Tyga, etc. One of the highlights was the finale of the second night where we had people breathing fire next to the features while fireworks were going off during a Diplo set all filmed by MTV in front of thousands of people. I ended up winning Rookie of the Year so I was pretty hype. Big shout out to my dude Matt Schaffer for putting in a good word with the production crew for me! What a way to bring in the new year.

Why do you love to snowboard?
I don’t think there is anything quite like trying a new trick over and over, eating shit and getting back up to give it another shot, and then finally stomping it and riding away with a big smile on your face. Pushing yourself to the limit, physically and mentally, and coming away victorious is something special. On top of that, just being out there with your friends sharing those emotional roller coasters and feeding off of each other is what it’s really all about. I get just as pumped on someone doing a 180 as I do a 900. If you’re either ripping with style, going huge, or trying something new that scares the crap out of you I’ll be cheering for ya!

When you aren’t snowboarding what are you most likely finding yourself getting into?
I would have to say my next favorite thing to do is either ripping my dirt bike whether it be on the track or in the woods and cruising around Lake Tahoe on my Harley. I’m down for anything with a motor.

What is your favorite area on the mountain? Jumps, rails, natural terrain?
Most people who ride with me know that I’m a little bit more of a jump jock than a rail rider. Something about flying through the air at 35 miles an hour just gets me fired up. Since I ride Squaw so much I tend to try and blend jumping between the park and natural terrain. That being said, some of those days when you just keep greasing every jib you try can be so rewarding. It’s great to be well rounded. DO IT ALL!

Where do you see yourself in five years snowboarding wise?  Traveling to another country?
I just hope that I keep landing on my feet so I can continue to push myself over the next five years. I have a few goals in terms of tricks and travel. I have a couple doubles that I want to get under my belt, I want to take another trip to Japan, and I want to take a trip to New Zealand and potentially live and work there for a month or two during our summer.

Do you have a pre-boarding ritual or something you need to have on you at all times on the mountain?
One of my favorite mottos is ‘Always dump before ya jump!’ You never wanna get caught out there feeling any sort of uncomfortable. If you haven’t seen the snowboarder mag “Have you ever?” video series I would check it out. There’s a lot more pros out there that have shit their pants due to a slam than you would think haha. As far as on hill essentials go, there’s a pretty high likelihood of me having a beer in my pocket. 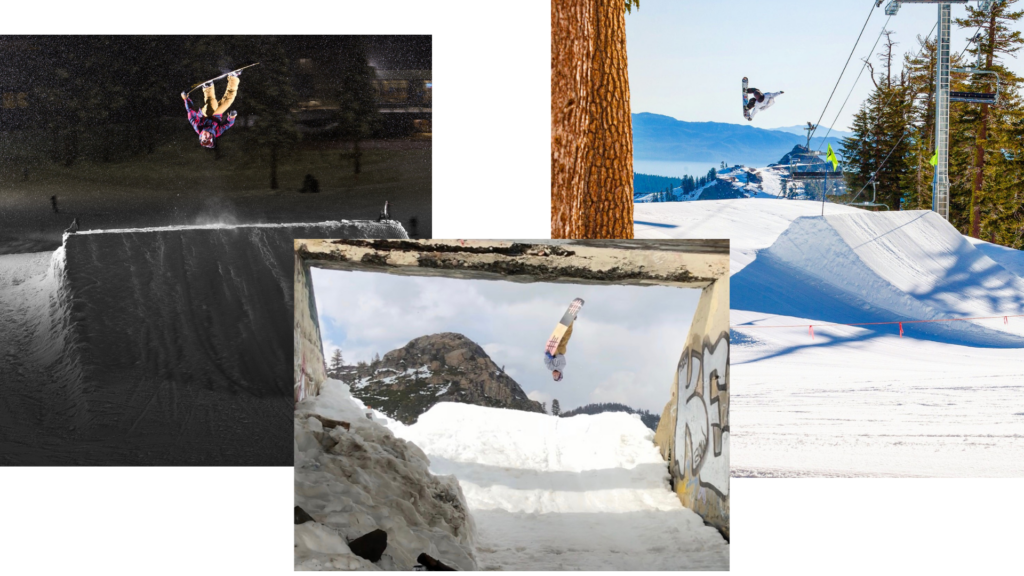