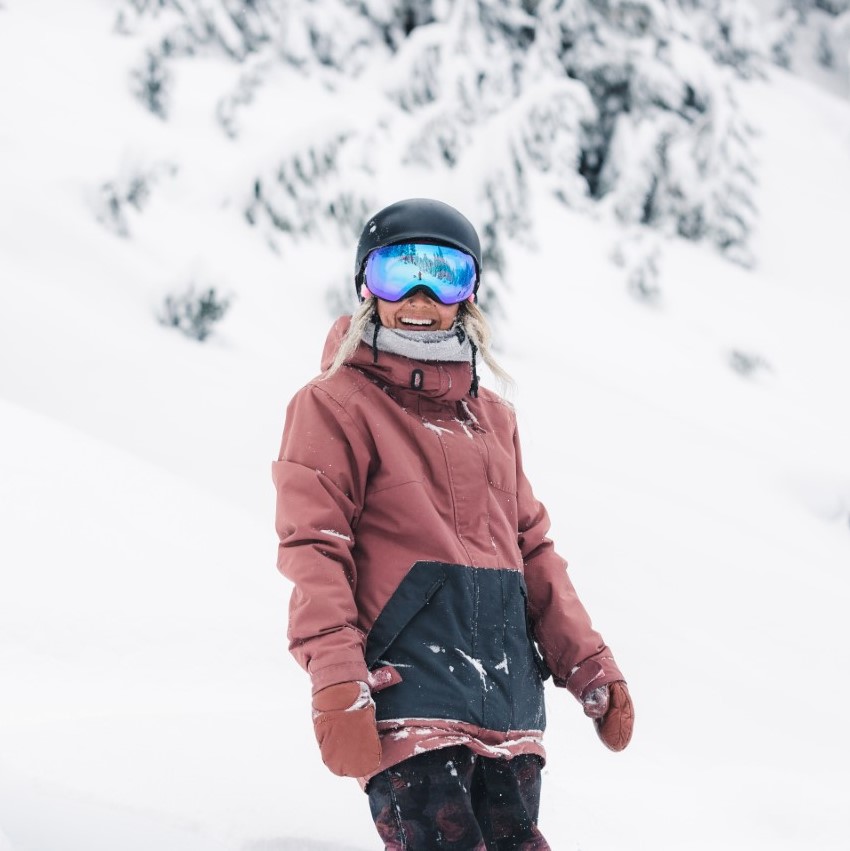 What is your nickname? If you have one?
Just Kim!

Where do you primarily ride?
Washington state at Stevens Pass

What made you start snowboarding?

Growing up in Montana skiing since I was three years old, and my older brother by two years decided to try snowboarding when he was 14, I followed,  and quickly became indulged in the freedom it gave me and never looked at a pair of skis again.

Favorite riding story if you have one?
Yes! First time entering a rail competition at Stevens Pass in 2018, before knowing “how” to hit features.. Nerves and anxiety racing so tough, didn’t even feel human. Honestly, it’s like you know you’re present physically, but your mind is blanking so all you do is laugh, cheer on your friends, and try to do some steezy move on the only features you can hit 100%. Convinced my whole girl gang to do this comp knowing that we’d be the only females to compete so the odds were good. We all podiumed that day like a bunch of snow nerds.

Why do you love to snowboard?
The snow and the mountains have always been such a big part of my life and riding is the connection to feeling alive, free, and creative. I love snowboarding for the sport that it is, but even more for the people it’s led me to and opportunities it’s provided to be a positive influence and really be outside of myself.

When you aren’t snowboarding what are you most likely finding yourself getting into?
Spending as much time outdoors hiking or skating. Outside of my hobbies I put a lot of energy into my professional life working in digital marketing and supporting local small businesses.

What is your favorite area on the mountain? Jumps, rails, natural terrain?
I like riding all over the mountain!

Where do you see yourself in five years snowboarding wise?  Traveling to another country?
Five years from now, can’t see my self anywhere else other than where the moments and the minutes I have today take me. I honestly live in the now, but I will say that in five years I hope to have at least ridden in Japan, New Zealand, and maybe Chile.

Do you have a pre-boarding ritual or something you need to have on you at all times on the mountain?
Always have STARBURST in my pocket! 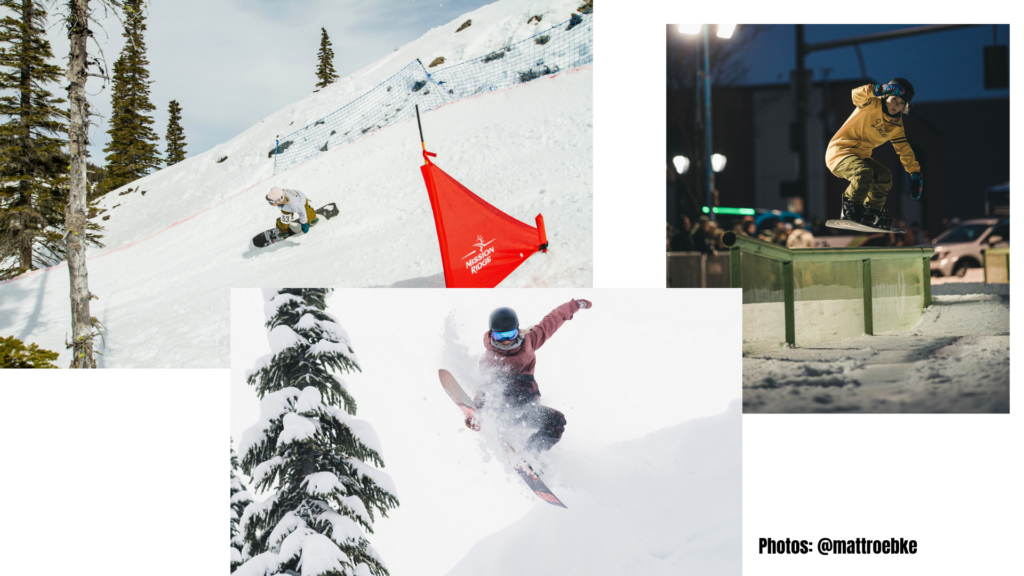